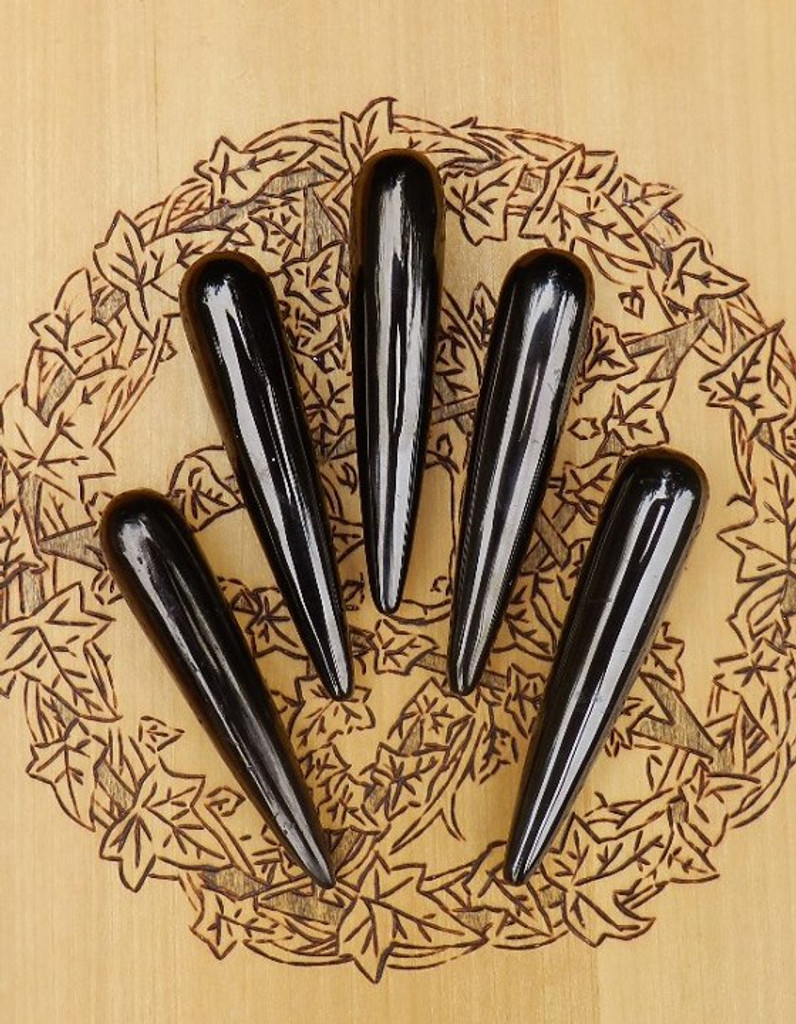 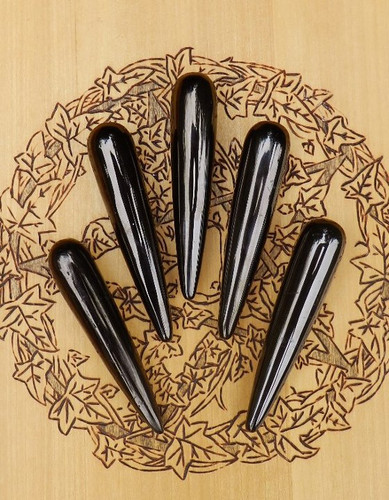 $18.00
( 0 Reviews )
Jet is organic in origin, and is also known as black amber, although it is not actually an amber, but rather fossilized wood. Like coal it is formed by the remains of wood that has been immersed in water for millions of years, then compacted and fossilized. When burned or touched with a hot implement, it often exudes the characteristic smell of coal.

Jet has historically been used as a protection stone and is said to have very powerful protection energies to ward off evil, negativity, as well as psychic attacks, it is considered one of the most powerful absorbers of negative energy and depression.

Jet is said to control all demons and thus prevent demonic possession. It draws out negative energy from the aura, and can initiate psychic experiences. It uncovers past negative energies a person still carried in their subconscious mind, and will help in understanding and working with life and karmic cycles. Jet is a protective stone that protects against evil spirits, magic spells and witchcraft. It should also protect it's owner from enemies.

Jet is normally a very light stone, with inclusions of pyrite which create a brassy, metallic luster. Due to the fact that jet is organic, it may dry out, causing the surface to crack, so special care is needed to keep your Jet sphere protected. Best to keep it out of direct sunlight.
Each Jet Wand measures 4 inches by 7/8.
Current stock: 0
Additional Info