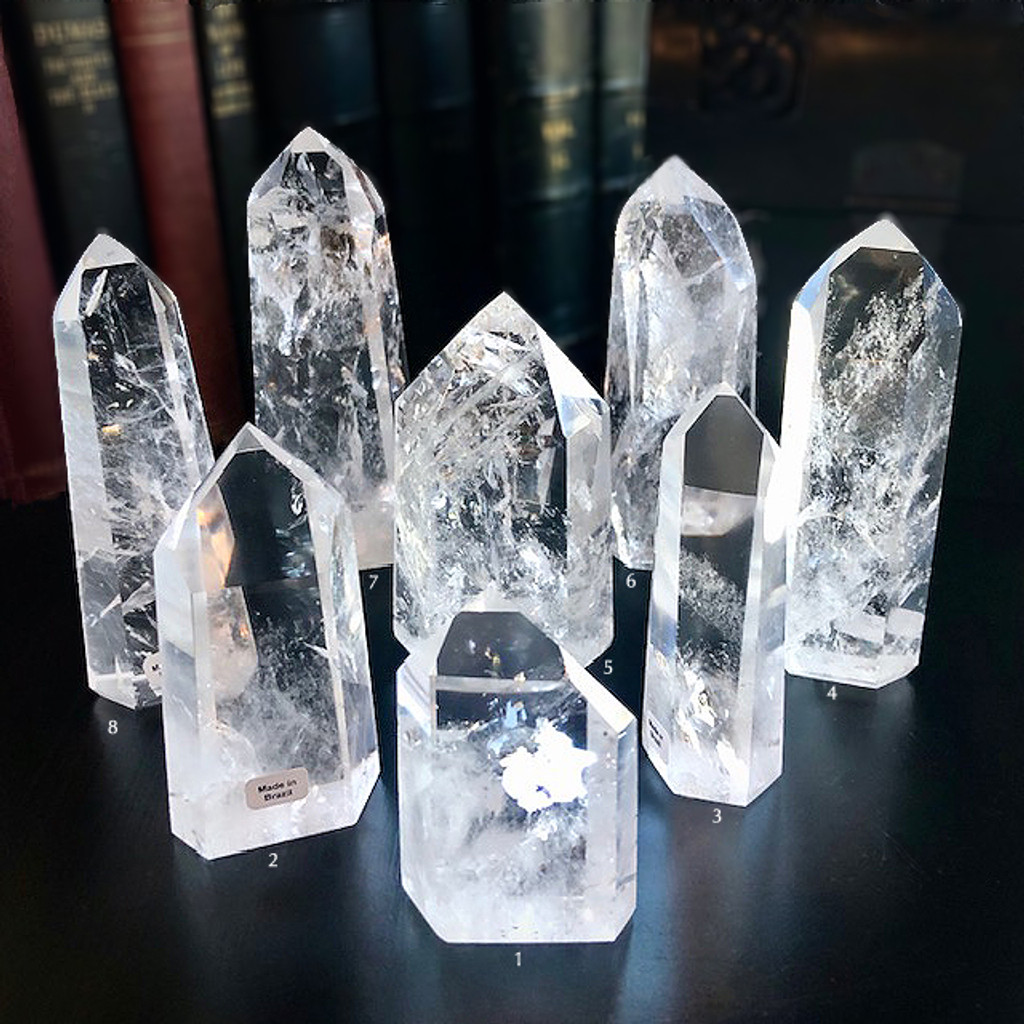 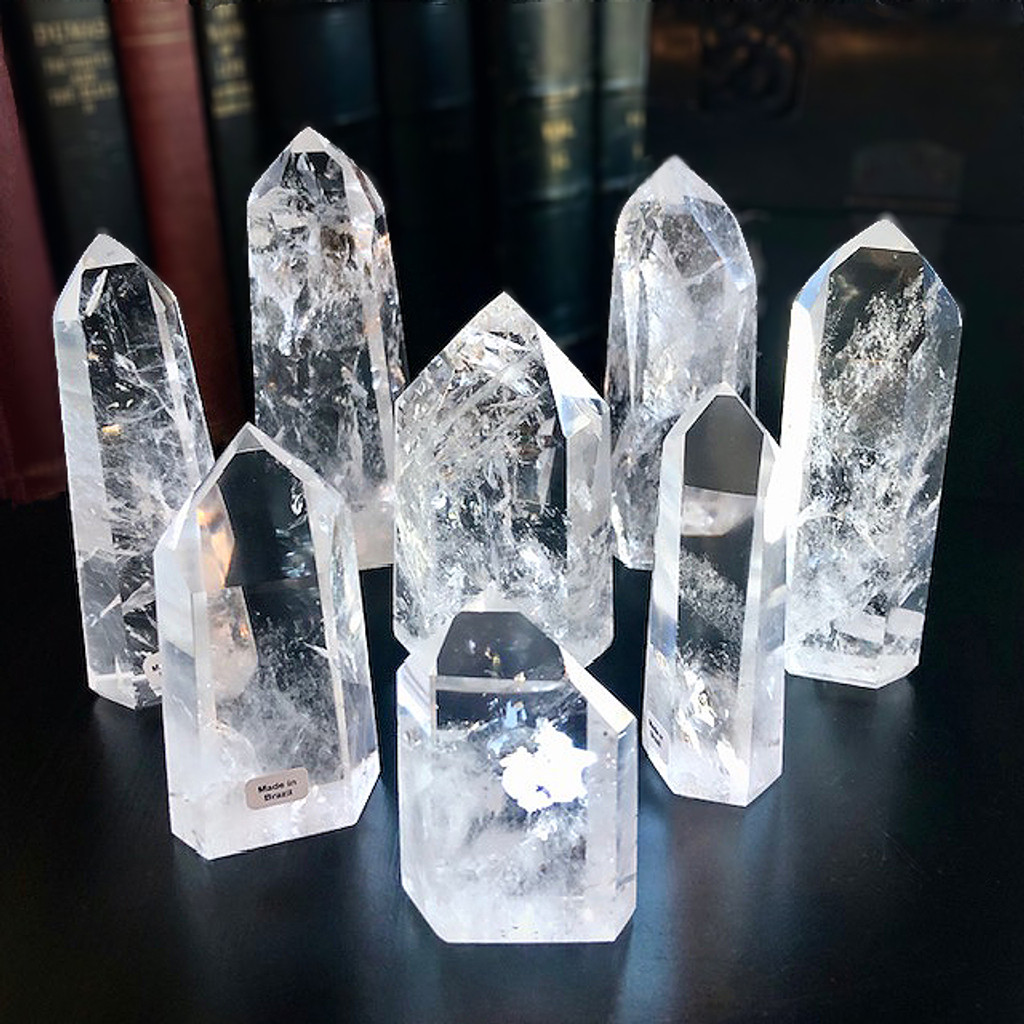 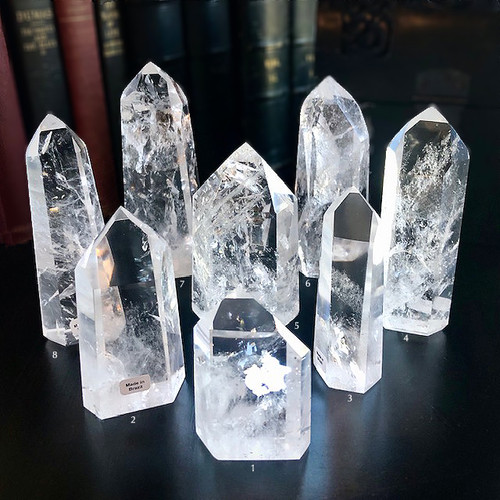 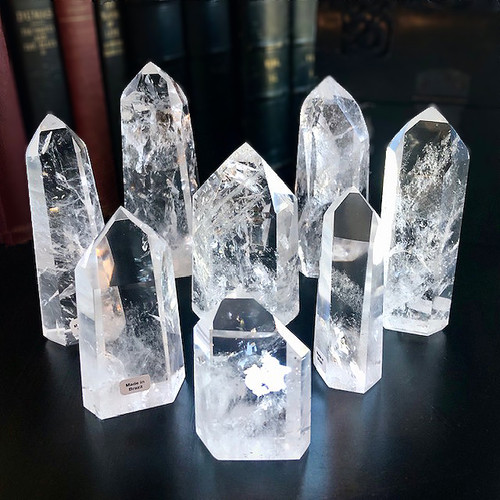 Folklore tells us Lemuria was a peaceful and highly developed spiritual civilization believed to exist on earth over 12 million years ago. The civilization was said to have sank in the Pacific Ocean between North America and Asia. The Hawaiian volcanos are thought to be the tops of their ancient mountains. During the last days of Lemuria, it was decided to plant seed crystals programmed to transmit a message of oneness. Having seeded the crystals, the Lemurians, it is believed, left this planet for other star systems. Others went into inner earth while maintaining telepathic connection with those in other parts of the galaxy, where they continue to care for the earth and seed the crystals now surfacing.

Lemurian Seed Crystals, also known as Record Keeper Crystals, are specifically used in spiritual healing when the entire organism is out of balance with itself. They are used to bring a sense of oneness to a person suffering from feelings of disjointedness or detachment. When life seems to be swirling around, and one seems to be lost in the whirlwind, use a Lemurian Seed Crystal in the healing process.

These unique Crystals appear to have been carved by a human hand as they have horizontal grooves or striations across their naturally faceted faces, but actually they are not. These are the way they are naturally grown. Polished, Lemurian Seed Crystals seem almost flawless.

Lemurian consciousness was much more centered upon the emotional and spiritual dimensions than our current mentally-based, mundane modern world. Their deeper connection to their heart qualities allowed them to express unconditional love for the Divine and each other. It also enabled them to maintain a deep sense of connection to the Creator, their environment, and the whole of creation.

The Lemurian Crystals have been programed with this consciousness of love and connection, and working with them provides a most welcome healing balm for our souls. These Crystals are coded, programmed with the Lemurian consciousness vibrations. When one works with them the Crystals can infuse one with the pure emotional/intuitive/spiritual awareness of the Lemurians. The Crystals elicit feelings of unconditional love and one may experience healing in the emotional body. One may feel a return to the soul, a feeling of increased sensuality, and a feminine energy and enhance greatly one’s abilities in channeling and telepathy.

Lumurian Crystals also enhance meditations and healing work. They have a particular structure that allows one to climb up through the crown for astral travel. Also, communication with one’s Spirit Guides and Angels is enhanced.

Lemurian Seed Crystals are a form of Clear Quartz which and have recently been found again the Serra Do Cabral Mountains in Brazil. What makes these Crystals unique to other Quartz is the fact that Lemurians are not found in clusters, but laying in the ground individually as if they had been planted there. They are naturally formed energy generators, hence the name “Lemurian Seed Crystals”.

These incredible gifts from a highly evolved civilization, offer all who dare to truly remember who they are, a heightened sense of awareness, expanded consciousness, opening to the Angelic Realm and ultimately the cosmos beyond our knowing.

Each Lemurian Seed Crystal is beautifully polished and are available in an array of different sizes and different prices. Absolutely gorgeous pieces, this is premium Lemurian Crystal. I don't think right now in today's gem market that you will find this quality out there in the marketplace. These are very special pieces.