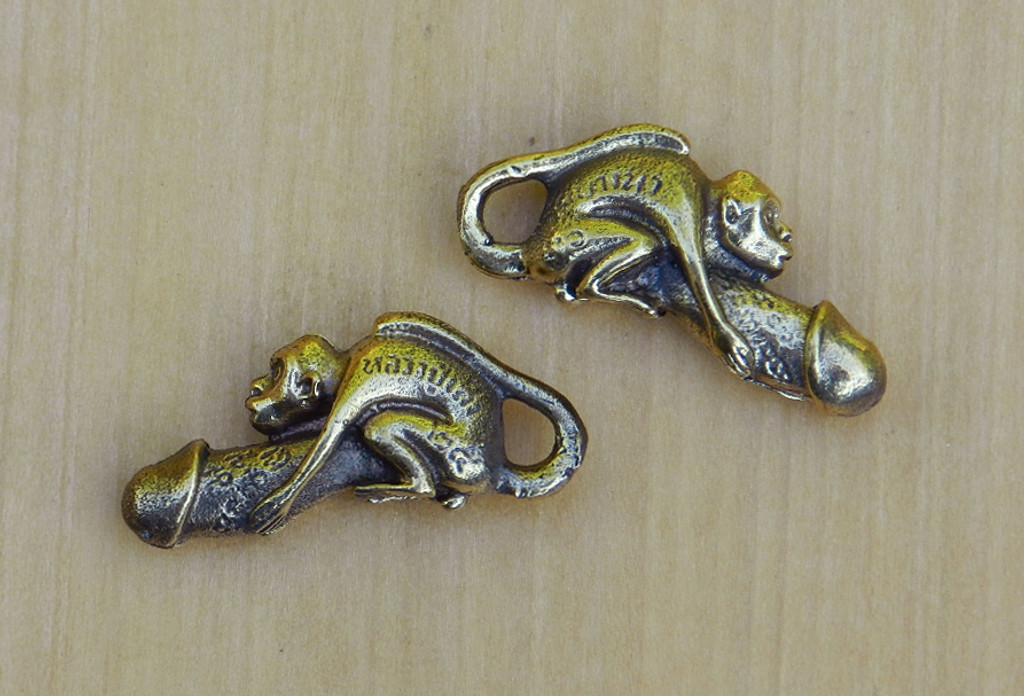 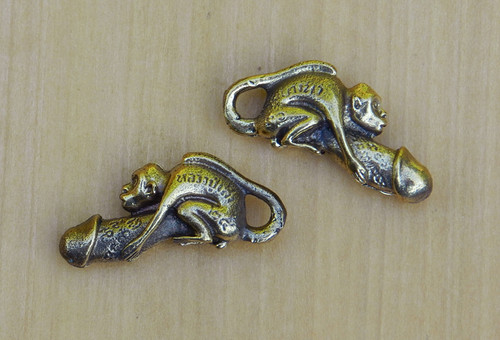 Phallic talismans, or amulets, known in Thailand as ‘Palad Khik’, pronounced bpà-làt-kìk, have a long tradition as lucky charms and for redirecting malevolent forces. Worn on a string or belt at the waist, off-center, or carried in the pocket by men and boys, they are thought to both attract and absorb any magical malevolence intended for the real genitals. Sometimes more than one is carried or worn with the additional function of bringing good luck in love, gambling, or business. Though not generally worn by women, they are now an acceptable amulet for women and may be carried in a purse as protection from rape or purse-snatchers, or used as an offering at a shrine. I’ve carried a Palad Khik on my keychain for over 20 years.

Palad Khik is an auspicious talisman often mistaken for an obscene object. This amulet depicts Hanuman, the Monkey God of the Hindus, crouched upon an erect penis, his tail arched over his back to form a hanging loop. When you turn the amulet over, you can see that Hanuman has his own small erect penis on the underside of the charm. The Palad Khik amulet has been widely used by the Thai People for protection, enhancement of business, harmonious relationships, and most importantly, for warding off evil spirits or ghosts.

The engraving of the sacred inscriptions is a very important ritual and can take many days to complete. The inscriptions are usually in an old religious language and made by special monks who also perform requisite blessings. Usual inscriptions on the Palad Khik were "Gan Had Nei Had". These were invariably written in an old form of script called "Khom" that cannot be read by contemporary Thais. The Palad Khik Amulet is said to have originated in the Siva Linga of India and to have been imported to Thailand by Cambodian monks in the 8th century AD. Early styles of Palad Khik bear inscribed invocations, entreaties, and praises to Siva. Later Palad Khiks combine these with interlineated invocations and praises to Buddha.

Although Palad Khik amulets are not designed specifically to use in love spells, among pagans, witches, and magicians, they are often utilized for that very purpose in the 20th and 21st Centuries. The Amulet is also carried or worn for fertility.