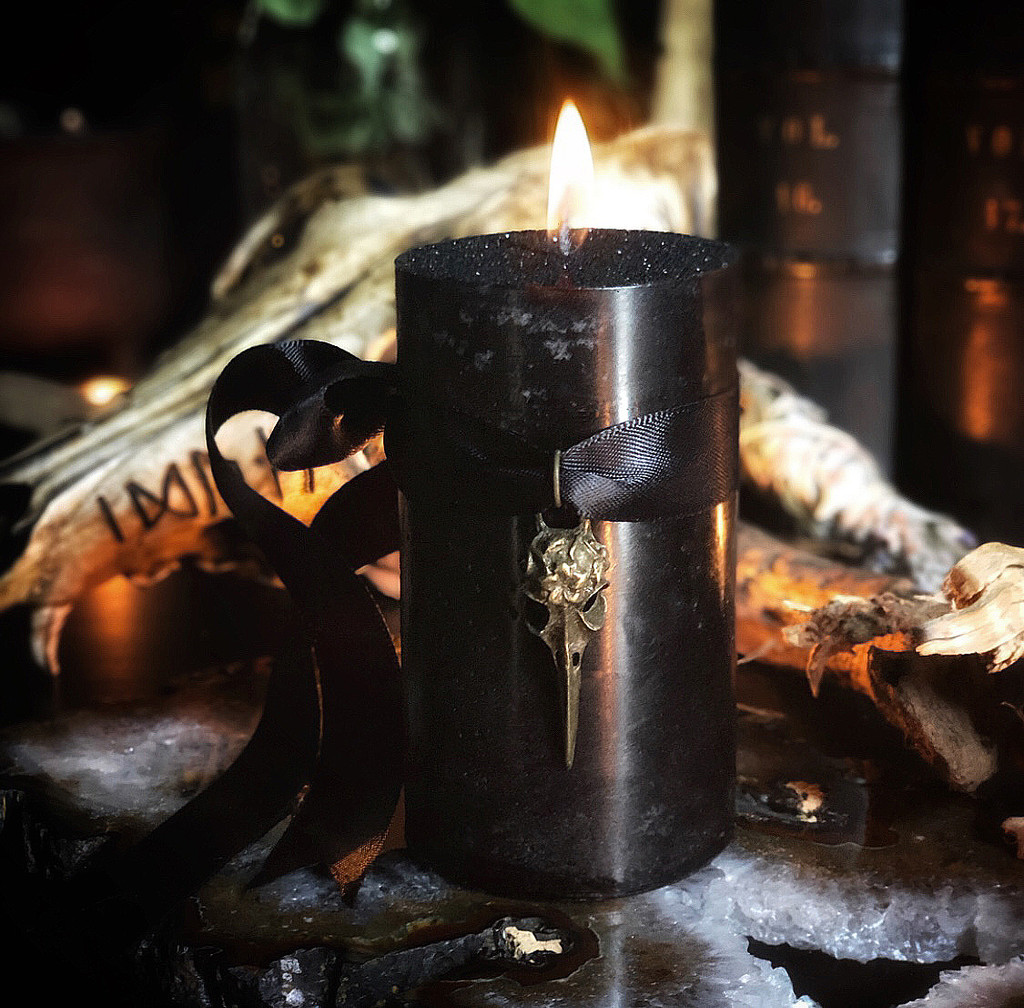 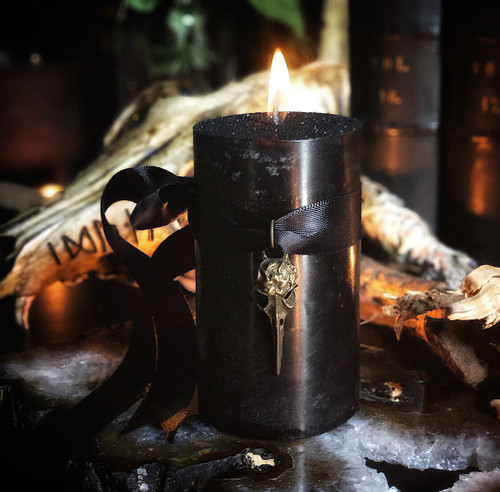 In Old Norse Magick, the Raven is associated with wisdom, hidden knowledge, profound intelligence and prophecy. The mysteries and magick of the Sacred Raven represent war and battle, death and creation. Ancient symbolism of strength, victory and transformation, the Valkyrie shape shifts into a Raven, and after battle, whispers to the souls of fallen Norse warriors raising their spirits, guiding them to Valhalla.

The Raven has been associated with ancient cultures throughout history. The pagan Viking ships displayed Raven banners as sources of protection, luck and victory on their voyages. Sorceress witch Morgan Le Fay is well-known as the Raven Warrior Goddess. Celtic Triple Goddess Morrigan transforms into a raven over battlefields foretelling the fray. In old Norse, the Valkyrja (Valkyrie) the “Chooser of the Slain”, chooses who lives and who dies. Lugh, the Celtic Sun God as well as Odin, Norse God of Wisdom and ruler of Asgard both had ravens as familiars and informants. As well, the great mystery of the Raven in Native American culture is considered a guardian in ceremonial magic circles.
The Raven may represent and be perceived as the "dark side”, and in this instance, utilize the wisdom of the Raven to unshroud ones shadowed self, peeling away layers to reveal the light within, unveiling secret hidden knowledge leading to victory and peace.
Our Raven Norse Warrior Candles are hand made from all natural wax, pure essential oils, essence oils and pure cotton wick, free from harmful additives, animal and poly based products. I always use a high amount of oils to ensure a high scent throw while lit or not lit placed within your sacred space. Adorned with a bold bronze Raven Skull pendant.