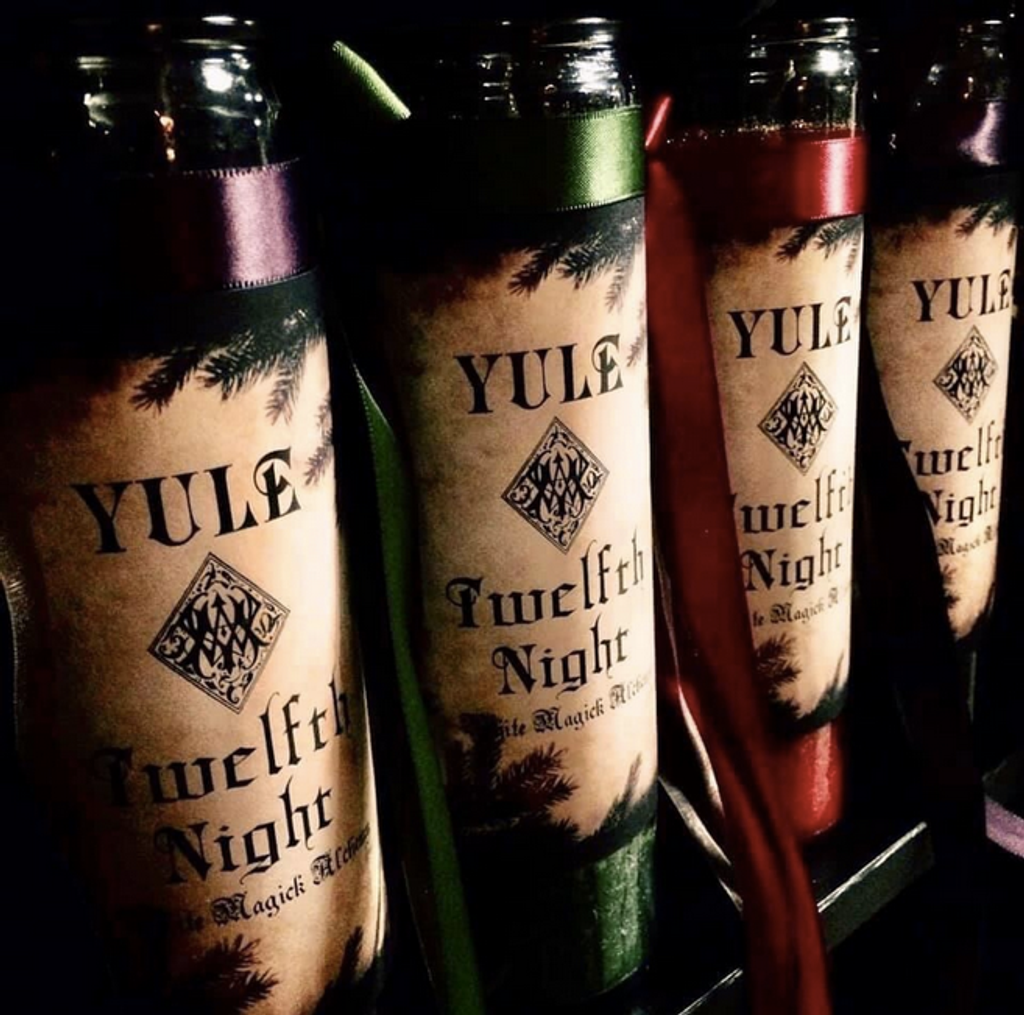 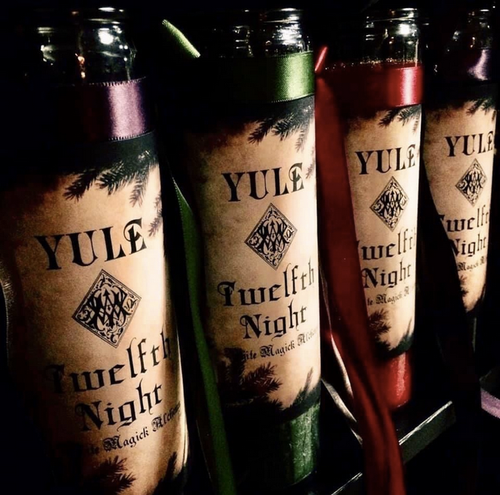 Each candle burns approx 120 hours. Made from all natural wax, natural botanicals and pure cotton wick, free from harmful additives, animal and poly based products. Perfect for spell casting and ritual use. You might also want to add my corresponding Yule Twelfth Night Ritual Oil to add an even more all-natural aromatic Yuletide essence.

Each candle measures 8 inches tall and 2.25 round - These types of glass jar candles are meant to be burned continuously or for extended periods of time, thus earning them name "Vigil Lights". They can be extinguished and re-lit daily as safety reminds us to never leave burning candles unattended.