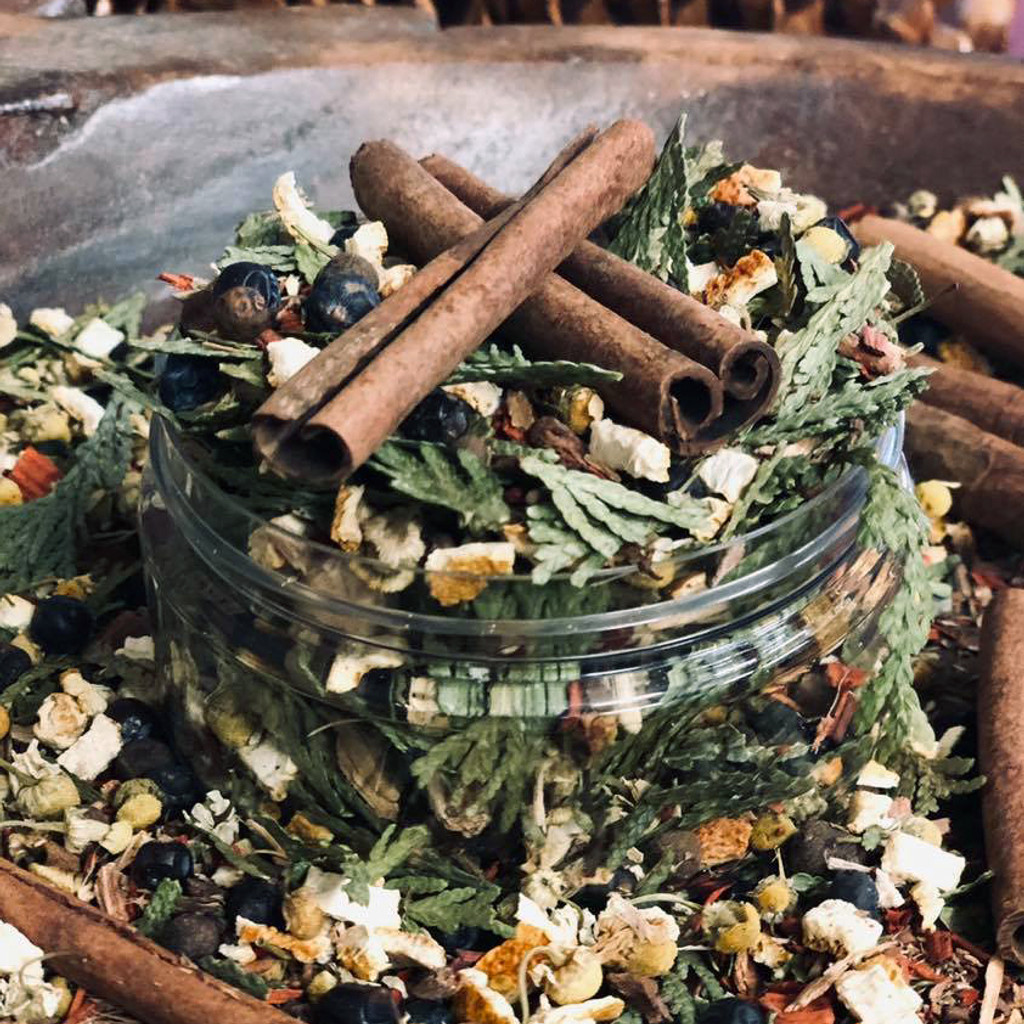 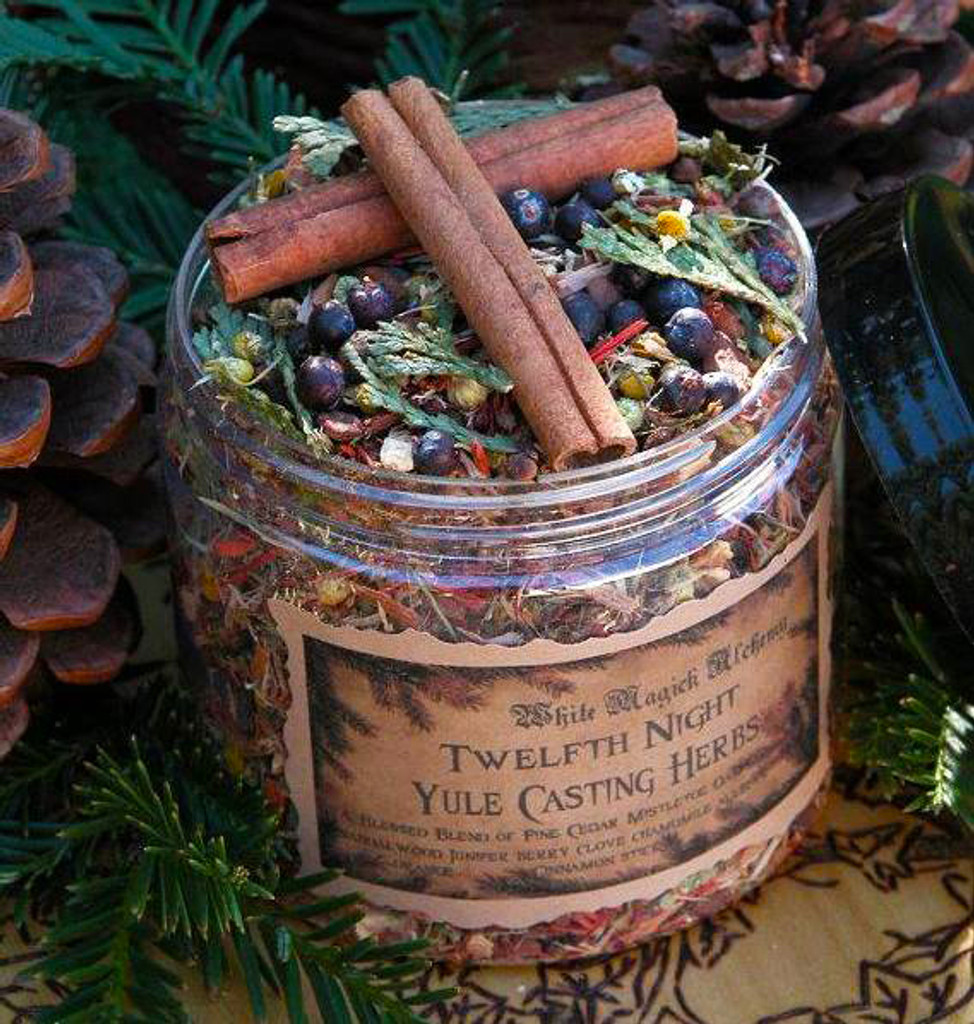 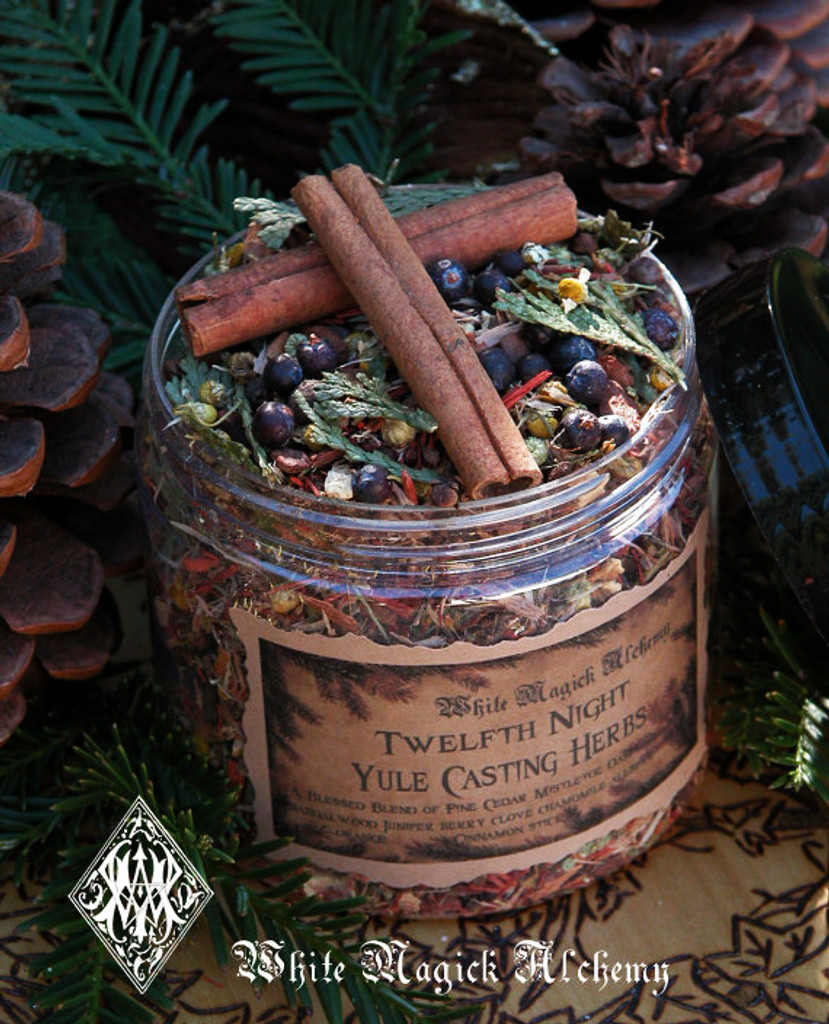 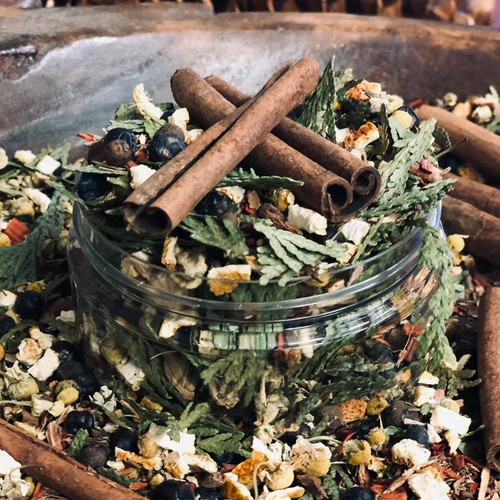 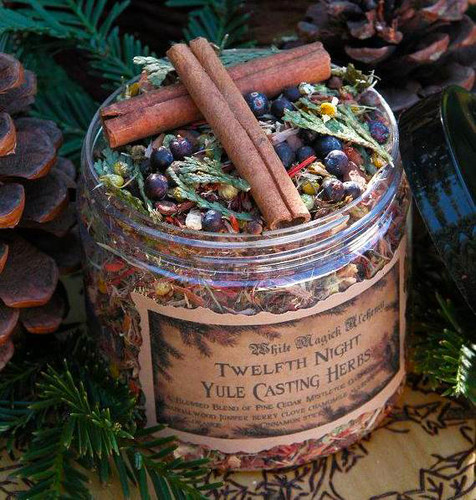 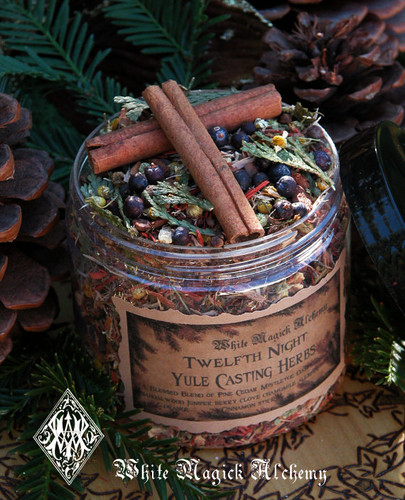 Yule Twelfth Night Casting Herbs are a proprietary mix of blessed woods and berries including Pine, Cedar, Mistletoe, Oak, Sandalwood, Chamomile, Orange, Clove, Allspice, Juniper Berries and fresh Cinnamon Sticks. Created to empower your Yule bonfire, simply cast a handful of this blessed blend right into your bonfire!~ There is plenty at hand! You can also use as a Yule potpourri and place in a bowl upon the altar as an offering or to simply add an all natural essence within your sacred space.

Twelfth Night Casting Herbs ready to cast into your Yuletide bonfire! Packaged in an air-tight container, available in 8 ounce and 16 ounce sizes.

Use caution when burning around children and pets and do not ingest.