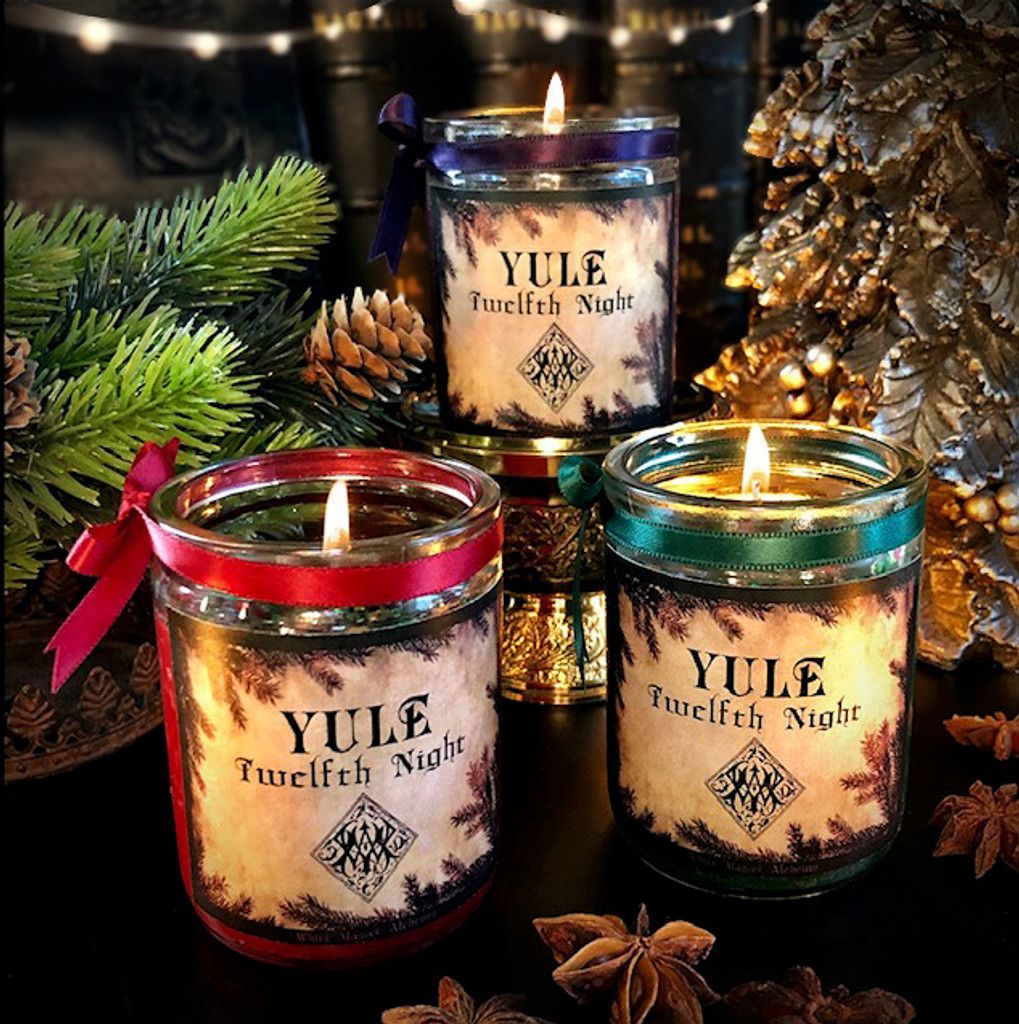 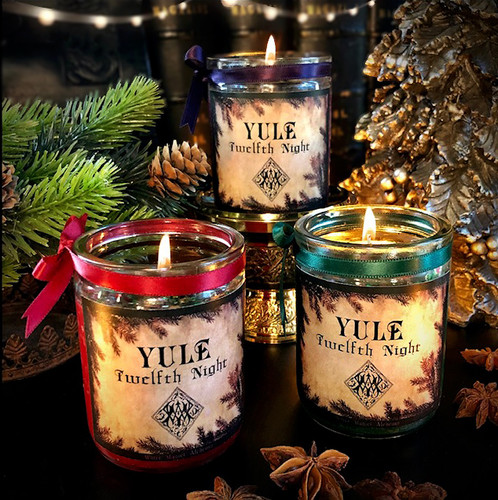 Available in a deep Cranberry, Green or Red with our organic Yule Twelfth Night Herbs and loaded with sparkling holiday glitters.

Our glass jar candles are meant to be burned continuously or for extended periods of time, thus earning them name "Vigil Lights. They can be extinguished and re-lit daily as safety reminds us to never leave burning candles unattended.